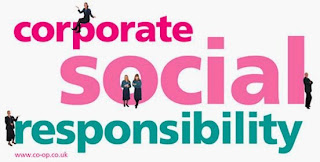 After I wrote an earlier post on Social Business over a month ago, I came across some interesting examples of efforts being made to integrate companies and society. These are not just voluntary efforts by companies to act in societal interest, but matters of policy pronounced by legislatures to be complied with by the corporate sector. These policies make it mandatory on companies to act in the interests of society – in a manner of speaking, these amount to “legislating” on corporate social responsibility.

I am listing those below (with some relevant extracts).

The Conglomerate Blog has a report on recent amendments to the Oregon Corporate Code that requires companies to act in an environmentally and socially responsible manner. It says:

“Oregon recently amended its corporate code to expressly permit corporations to include in their charter a provision authorizing or directing the corporation to conduct its business “in a manner that is environmentally and socially responsible.” The legislative history of the amendment notes that courts in other jurisdictions have interpreted corporations’ obligation to act in shareholders’ interest to mean that corporations must maximize shareholder profit, even if it results in a corporate failure to act environmentally and socially responsible. Apparently the amendment is designed to counteract this kind of interpretation, and encourage corporations to engage in sustainable behavior.”

The Race to the Bottom blog has a report on Saudi Arabian law that imposes a duty on companies to make an annual payment of a percentage of income and capital to a governmental organization for social purposes. It says:

“Companies in the United States are subjected to a legal obligation to act in the best interests of shareholders, something that usually translates into profit maximization. They have no additional legal obligations to their community or employees.

It is, however, different in the Kingdom of Saudi Arabia, where companies are governed by Islamic law. Islam imposes an obligation of Zakat, the duty to give alms. Zakat is one of the five pillars of Islam, which also include prayers and the month of Ramadan fasting among others. Its importance comes from the idea that the rich must provide financial support to the needy.

The duty applies not only to individuals but also to all Saudi and Gulf Cooperation Consul companies. As in the United States, corporations in Saudi Arabia are treated as fictional persons with specific legal obligations. This fictional personality explains the reason for which the payment of Zakat is levied on businesses under the Islamic law principles. It is also a way of paying back to the company’s community.

Companies must make an annual payment equal to 2.5% of income and capital (for the capital and income items included in calculating Zakat, gohere). Revenues are collected by theDepartment of Zakat, a governmental organization and distributed to needy and poor people across the country. Zakat payments made of listed companies has to bedisclosed and filed with the Capital Market Authority (the Saudi Version of the SEC).”

Even the recent Company Law of the People’s Republic of China, enacted in 2005, has a set of obligations on companies that amount to corporate social responsibility. For example, Article 17 states:

“A company shall protect the legal rights and interests of its employees, enter into labor contracts with them according to law, take part in social insurance, improve labor protection and make production safe.

A company shall take various measures to improve the professional eduction and on-the-job training of its employees so as to enhance their quality.”

This provision too deviates from the general principles of company law, which give shareholders the supremacy over all other constitutents (such as employees). That is perhaps also explainable given the socialist origins of the Chinese corporate sector and the particular need to protect labour and employees.

The developments discussed above are all the more interesting because they mark a serious departure from age-old principles of corporate law where companies were required to be run for the benefit of the shareholders only. A classic depiction of the shareholder-primacy principle can be found in the case of Dodge v. Ford that was decided by the Michigan Supreme Court in 1919 (see a brief description of the case in Wikipedia), where the court held that a business corporation is organized primarily for the profit of the stockholders, as opposed to the community or its employees.

Although the Indian Parliament itself has not made any specific endeavours to include the concept of corporate social responsibility specifically in the Companies Act, there are several openings for courts to interpret certain elements of social responsibility into obligations of Indian companies. For instance, the expression “public interest” is fairly ubiquitous in various sections of the Companies Act, and this may connote responsibilities of companies beyond merely towards their shareholders. The interests of creditors, employees, consumers and the public have also come up before courts at the time of sanction of amalgamations under Section 394 of the Companies Act (which is a provision that uses the expression “public interest”). However, I am not aware of any case that clearly deals with the dichotomy between shareholdres and other interests, and a resolution of this issue may have to await another day. Nevertheless, these types of issues are likely to become more prominent in the near future as the movement towards corporate social responsibility gathers momentum.

Next week: Blogging from me during the next week (commencing April 7) is likely to be intermittent at best, if at all, and will resume with regularity from the week after that.

Umakanth Varottil is an Associate Professor at the Faculty of Law, National University of Singapore. He specializes in corporate law and governance, mergers and acquisitions and cross-border investments. Prior to his foray into academia, Umakanth was a partner at a pre-eminent law firm in India.